Founder Paul Porter remarked, “our company culture has contributed significantly to our success because we are a supportive, family-oriented unit that shares knowledge and celebrates each other’s growth.”

Premier began offering franchise opportunities in 2014, to like-minded entrepreneurs with high standards for quality and value. Carlos and Travis started working with Premier in Orange County and decided to start a franchise in Santa Barbara because “Premier is a top tier company that values family and long-term relationships along with the highest standards of workmanship we’ve seen in any of the competition”. 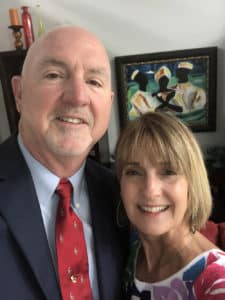 Chip and Trina Rayburn have been part of the Premier family since opening their first Premier franchise location in Heart of Texas. They have been successful swimming pool builders since they began building pools 8 years ago and have constructed 350 pools for happy Premier pool clients.

Chip stated that he looks forward to building backyard dreams by expanding into Corpus Christi. He is pleased to offer fiberglass, vinyl, and commercial pool building, and provide customers with a quality product and better service experience.

Founded in 1988, Premier Pools & Spas (PPAS) has a distinguished reputation for achieving high-quality results within the customer’s budget.