6 of the Most Beautiful Natural Pools in the World

6 of the Most Beautiful Natural Pools in the World

The Devil’s Pool –  This Natural pool is twice the height of Niagara Falls. Located in Southeastern Africa, its the largest waterfall in the world. There are those daring people who know at the top of the falls is another opportunity for swimming. During the months of September to December, people venture to what’s known as Devil’s Pool. With a low current and water falling 355 ft down to the gorge below. Bartons Spring Pool – Fed from freshwater underground springs that were once used for purification rituals by the Tonkawa Native American tribe, the Barton Springs Pool in Austin, Texas, covers more than three acres and maintains a temperature of about 68 degrees year-round. Admission to the 18-feet-deep pool is free from November until mid-March and every evening after 9:00pm; from mid-March until October, the cost is $3 for adults and $1 for kids

Bondi Iceberg Pool – A 15-minute drive from Sydney, Australia, where the country’s southeastern coast meets the Tasman Sea, sits The Bondi Baths at Bondi Icebergs. The historic 50-meter public saltwater pool has been around for more than century and features a small beach, bar, and kiddie pool—not to mention the occasional wave crashing harmlessly into the pool. The entry fee ($5.50 for adults; $3.50 for kids) isn’t much considering the million-dollar view. 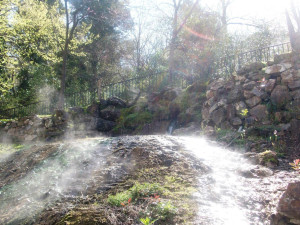 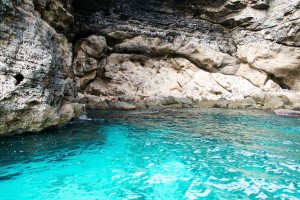 Dudu blue lagoon – Does floating in a secluded 100-feet-deep freshwater pool so pristine that it glimmers with a shade of cobalt blue sound like paradise to you? Then check out the Dudu Blue Lagoons, located near the town of Cabrera on the northeastern coast of the Dominican Republic. The lagoon also features underwater caves, making it
a popular scuba diving destination.