Kim Kardashian and Kanye West are not just famous for an affluent lifestyle, they’re famous, well, for being famous! So, it is only fitting that their mega mansion valued at $20 million will “rival” the extravagance of the lavishness of Jackson‘s Neverland Ranch when their 24 months of massive renovations are done. The couple is expected to finally move into their luxurious residence in the celebrity neighborhood of Hidden Hills in a couple of months. That will give the social media queen and her husband a break from having to live on and off with Kris Jenner.

To begin with, their trendy kids North West and Saint West will get a two-story playroom to walk around. There will even be a big movie theater (for screening back “Keeping Up With the Kardashians,” episodes, of course), basketball court, and gym. 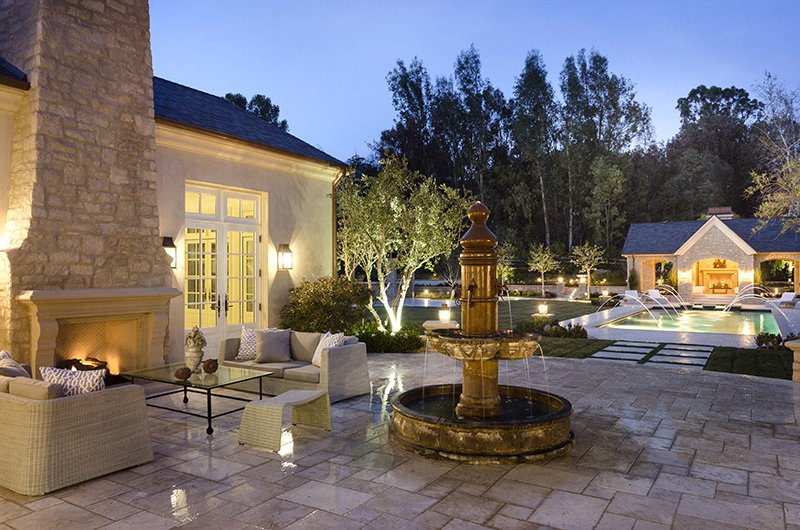 The revamped property will also consist of every reality TV star’s dream: a hair salon for those eleventh-hour retouches and day-to-day blowouts. There will also be a spa equipped with massage and facial rooms.

And the mansion actually has two perfectly acceptable swimming pools, Yeezy (or Kanye) has concluded that is simply too little and is excavating up the yard to construct a lake-sized body of water, which will be ‘at least 5 times the size’ of anything of those who live nearby have. Apart from the backyard lagoon, Kim Kardashian and Kanye have made other splashy improvements, which include revamping the vineyard and expanding the master suite.

As uncommon as an in-home hair salon seems, they are loved by celebs. It saves entertainers a visit to the beauty parlor by offering their stylists with every single thing they require to make their superstars ready for the red carpet.

Kanye will also get his own recording studio in the property. 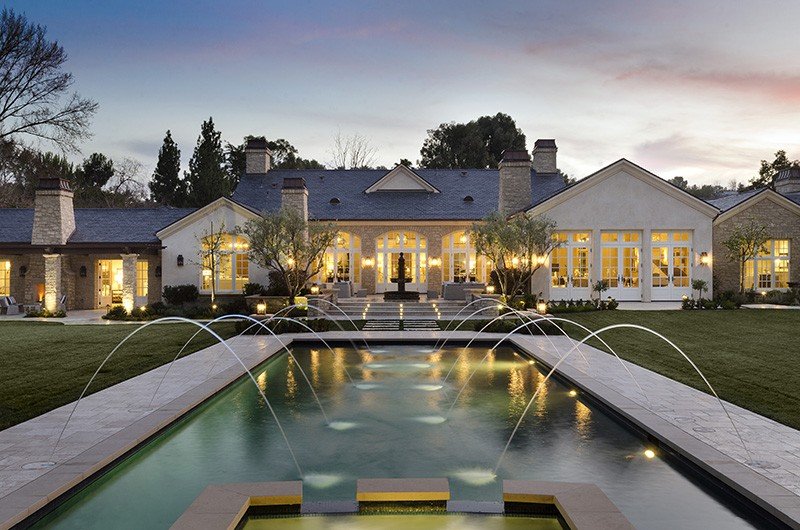 “When it is complete, it will be awesome,” Kardashian stated last year of the 5-acre compound. “We need to remodel my closet, the kitchen, the bathroom.”

Kanye, 38, had declared sometimes back on Twitter this that he is going through financial issues as he has spent $53 million of his own finances into his projects.

He shortly after clarified he still has a substantial amount of personal wealth; however, the statement put a huge spotlight on his financial situation with lots of people scratching their heads over his allegations as he continues to lead a luxurious lifestyle with wife Kim Kardashian. However, it is not as if the 13-bathroom, the 7-bedroom estate was in poor shape when they purchased it in August for $19 .75 million. It included a vineyard, two swimming pools, and a fountain.

But the 3 .5-acre estate was not sufficiently big enough for them, so they bought the neighbor’s $2 .9 million home to expand.

Regardless of the condition of the property, going through a substantial renovation to customize a new home is typical in the high-end real estate world, especially for celebrities accustomed to having whatever they need. The remodeling is costing the couple over $10 million. Keep in mind, this consists of a two-floor children’s kid’s area.